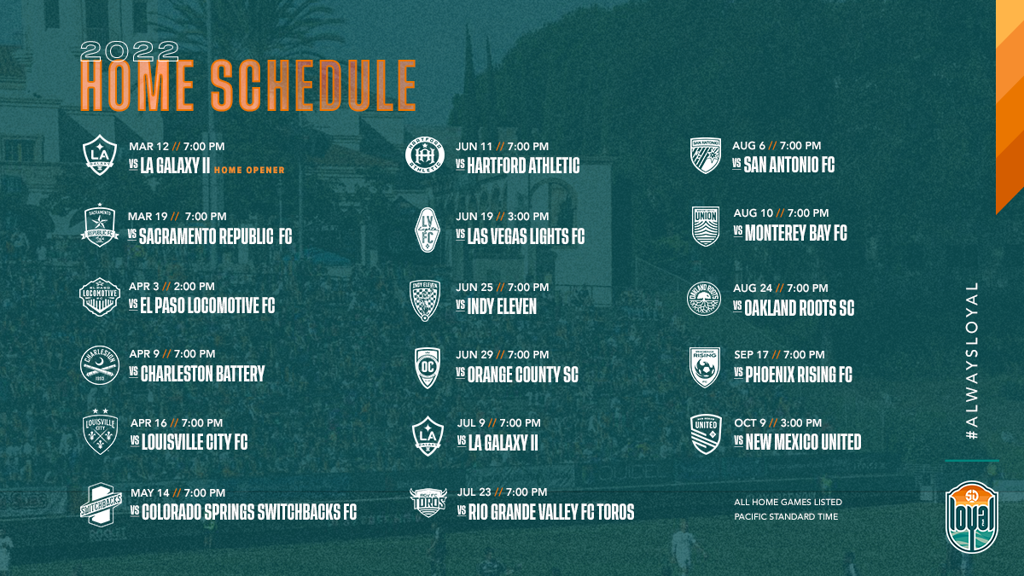 SD Loyal has back-to-back home matches to begin its third season competing in the 2022 USL Championship. It is slated to host Sacramento Republic FC March 19 before it heads on the road to face FC Tulsa for the first time in club history, then visit conference rival Phoenix Rising FC in the desert to complete matches for the month of March.

The regular season comes to an end with four of five matches against division rivals with the finale Saturday Oct. 15 at Sacramento Republic as Donovan’s team will try to make a push for a second postseason berth in as many seasons. The USL Championship playoffs begin the following week.

2022 Season Ticket Memberships and Group Tickets are on sale now. Seats can be purchased by calling (858) 465-GOAL or by visiting sdloyal.com/tickets. 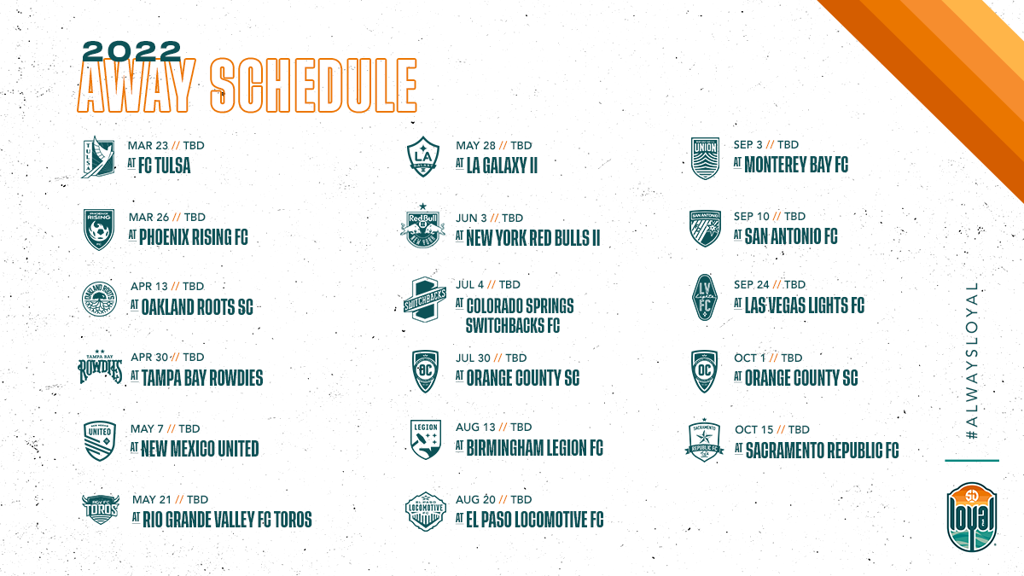