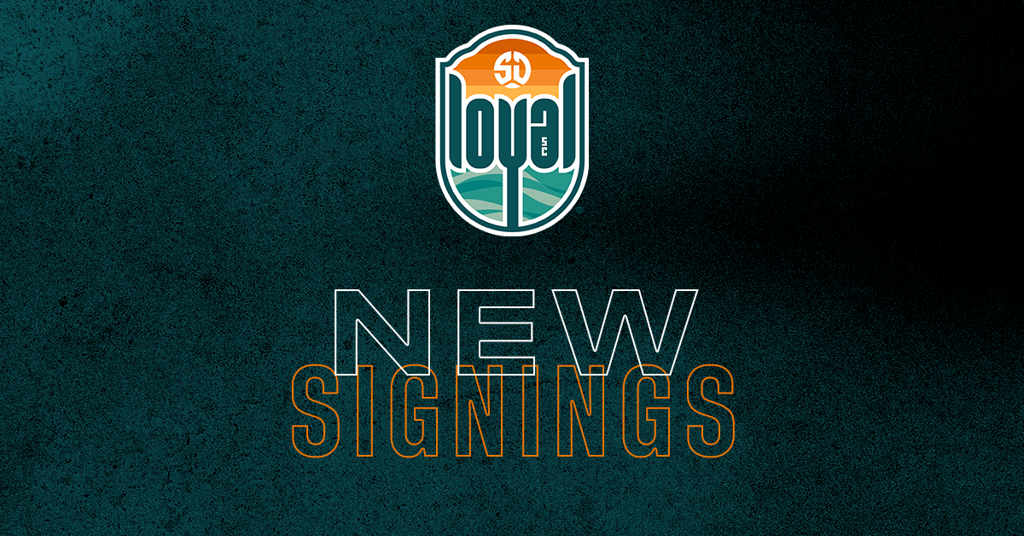 Adams, a defender, comes to San Diego from USL Championship side Real Monarchs. The 25-year-old is an experienced defender with excellent passing skills. He played in 29 matches, starting in 27 with Real Monarchs in 2021. He had 42 interceptions and scored a goal in the 2,477 minutes he played. He had a two-year stint with fellow USL side Rio Grande Valley FC. He was the team captain in 2018- 2019, playing in 52 games. He was signed by MLS side Houston Dynamo in 2020 but was sent back on loan to RGV FC.

Adams played at San Diego State (2015-2017) where he played in 52 matches where he earned United Soccer Coaches All-Far West Region honors three times and Pac-12 All-Academic Honorable Mention in 2016. He also has international experience with the Under-17 and U-20 New Zealand national team.

Defender Boxall joins fellow countryman Adams in the SD Loyal backline. The 29 year-old joins coach Landon Donovan’s team coming from Finnish side SJK, which plays in the Veikkausliiga, the highest soccer tier in Finland. He is an experienced player who has spent time playing in Denmark and Germany. He started his career in New Zealand and went on to play college soccer at Northwestern University in Evanston, Illinois where he played in 76 matches. He earned Big Ten Defensive Player of the Year his senior season along with a handful of other accolades during his time there.

“Nikko has all the qualities necessary to be an elite defender in our league,” Donovan said. “His resume speaks for itself, and his leadership and experience will be tremendous assets to our club, on and off the field.”

Conway joins SD Loyal after playing with Union Omaha of the USL League One last season in which he played in 18 matches and started in 15. He scored 13 goals while playing in 1,258 minutes and added an assist. He is a dynamic forward who can play multiple positions. The Wisconsin native also played with Ventura County Fusion of the USL League 2 in 2019.

“Evan has been the best player in USL League One for two consecutive seasons and we are delighted to have him join San Diego Loyal,” Donovan said. “He is a dynamic player and will add a different dimension to our attack.”

SD Loyal is also adding another forward in Moon. The 25-year old comes from Indy Eleven where he is coming off playing in 29 USL Championship matches, starting in 19 in 2021. He scored three goals and had four assists last season. He gives SD Loyal versatility as he can play at different areas off the pitch. Also from Wisconsin, not only has experience at the USL Championship level but has also played in League One where he played in 16 matches for Indy in 2020.

“Nick is one of the most athletic players in our league and is versatile enough to play almost any position on the field,” Donovan said. “He creates a high volume of chances in the attack and is responsible defensively. We are thrilled to have him in San Diego.”

Donovan will also have Koke Vegas to use in 2021. The Spanish goalkeeper comes from Levante UD of La Liga. He is coming off a season at Mallorca of the Spanish second division where he appeared in one match after being sent there on loan. He has played for a handful of teams in that division but has had La Liga experience with Levante since 2017.

“Koke is a tremendously talented young goalkeeper with a lot of high-level games under his belt already,” Donovan said. “His experience playing in La Liga will help our club on and off the field and we are excited to add him to our team.”