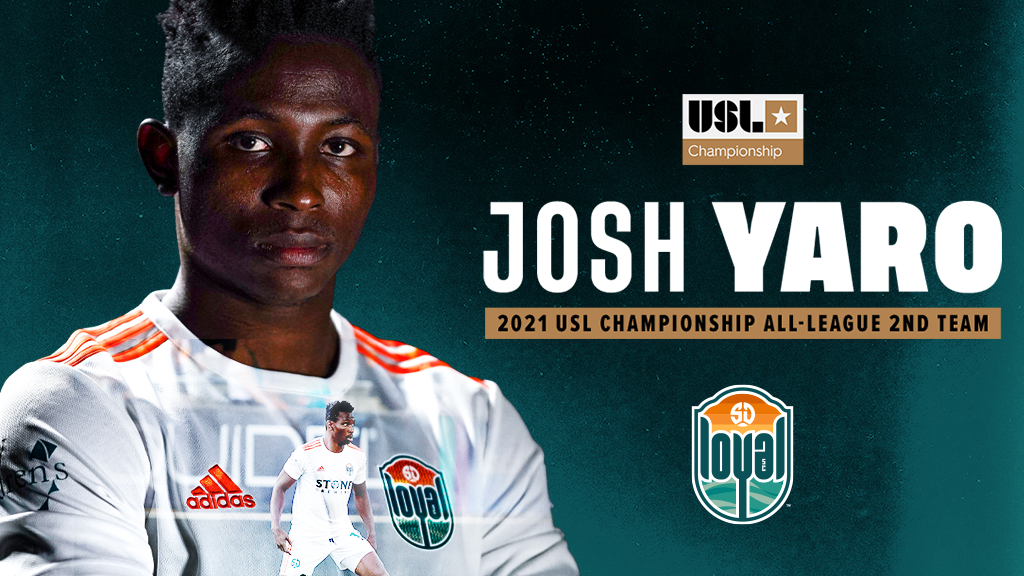 San Diego, CA (Nov. 23, 2021) - Defender Josh Yaro was named to the 2021 USL Championship All-League Second Team. The 27-year old native of Kumasi, Ghana established himself as a staple of the SD Loyal defense.

“Josh was integral to all of our successes here,” SD Loyal manager Landon Donovan said. We saw him grow as a player, as a teammate and as a leader. From week to week, he got better and better. We are very fortunate to have him as part of our club. He’s a fantastic player and a fantastic human being. This is a well deserved honor for him.”

Yaro played in 29 matches, 25 as a starter in his first season with SD Loyal, playing 2,299 minutes. He had a standout season on both sides of the ball, recording 27 tackles at a 77.1 percent success rate – tied for second-highest percentage in the league among players with a minimum of  25 tackles – while also notching 53 interceptions and a duel success rate of 66.3 percent. Yaro also completed 1,461 passes – fourth-most in the league – at an accuracy rate of 89.7 percent.

He missed a string  of matches after suffering a lower body injury in a road match against Orange County on Oct. 20. He returned for SD Loyal's first-ever playoff match, a quarterfinals affair against former club, San Antonio FC.

The 2021 USL Championship All-League Team was voted on by club management and a league-wide media panel that included representation from every USL market.

The finalists for the 2021 Championship Awards will be announced on Tuesday, preceding the 2021 USL Championship Final, which will air live on ESPN, ESPN Deportes and SiriusXM FC in the United States on Sunday, November 28 at 8:30 p.m. ET.