Abdikadir joins team after playing at Louisville in 2020, Boone played in Denmark

San Diego, CA (July 24, 2021) – Today, San Diego Loyal SC announced it has added a pair of players to its roster. Haji Abdikadir and Chase Boone join the club for the 2021 USL Championship season and both are readily available to play.

Abdikadir, a native from Nairobi, Kenya, played at the University of Louisville last year where he started in all eight matches. The midfielder scored a goal and added three assists, all coming off set pieces. The 22-year old joins the team 13 games into the season. He is a prospect that SD Loyal coaching staff described as well rounded box to box midfielder.

“Haji is a young player that we had our eye on for a long time as he was playing at the University of Louisville,” Donovan said. “He’s an extremely talented young man and we hope that we can help him achieve all of his goals. He has tremendous upside, technical ability and athleticism. We feel he will be a big part of the team for the foreseeable future.”

Abdikadir was a standout player in high school, earning 2016-2017 All-USA Player of the Year honors and also Gatorade Kentucky player of the year while playing at Louisville Collegiate School. He scored 40 goals in a season, breaking the school’s previous scoring record by 15. He went on to play at the University of Louisville earning playing time as a freshman and making an impact on the Cardinals’ attack with his powerful shot and ability to move the ball through defenders.

Abdikadir came to the United States at eight-years-old as his family fled political unrest in Kenya. He lived in Florida for three months before settling in Louisville.

Boone, 25, is from Beaverton, Oregon and played college soccer at the University of Redlands. He is coming off a stint with Thisted FC in Denmark. He is a versatile attacker who is two-footed and good in the air. He impressed the coaching staff during a trial period.

“We are always open to giving players the opportunity to prove that they belong here. Chase came here a few weeks ago to train with us and he has shown very quickly that he belongs,” Donovan said. “He has been accepted by his teammates and the staff and will be a big part of our team as we make a push to the playoffs and, hopefully, a USL championship.” 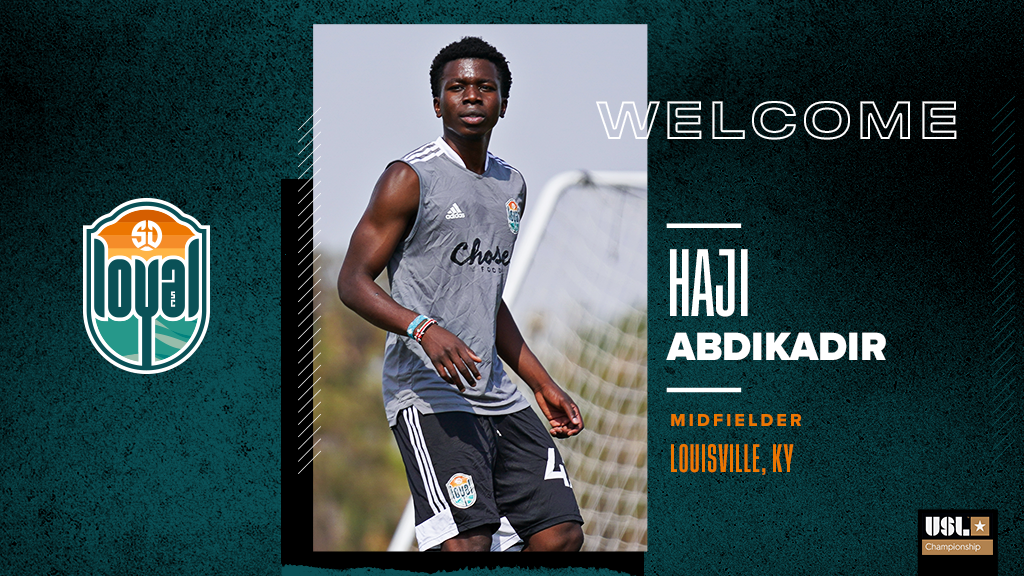