Hero of the Match

HERO OF THE MATCH

We are proud to honor an active duty, reserve, veteran, or retired service member at each of our home games.  Those military members chosen to be our Hero of the Match will receive two tickets to a San Diego Loyal home game, be on the field for presentation of the colors during the National Anthem, and receive a small gift to show our appreciation for your sacrifice. 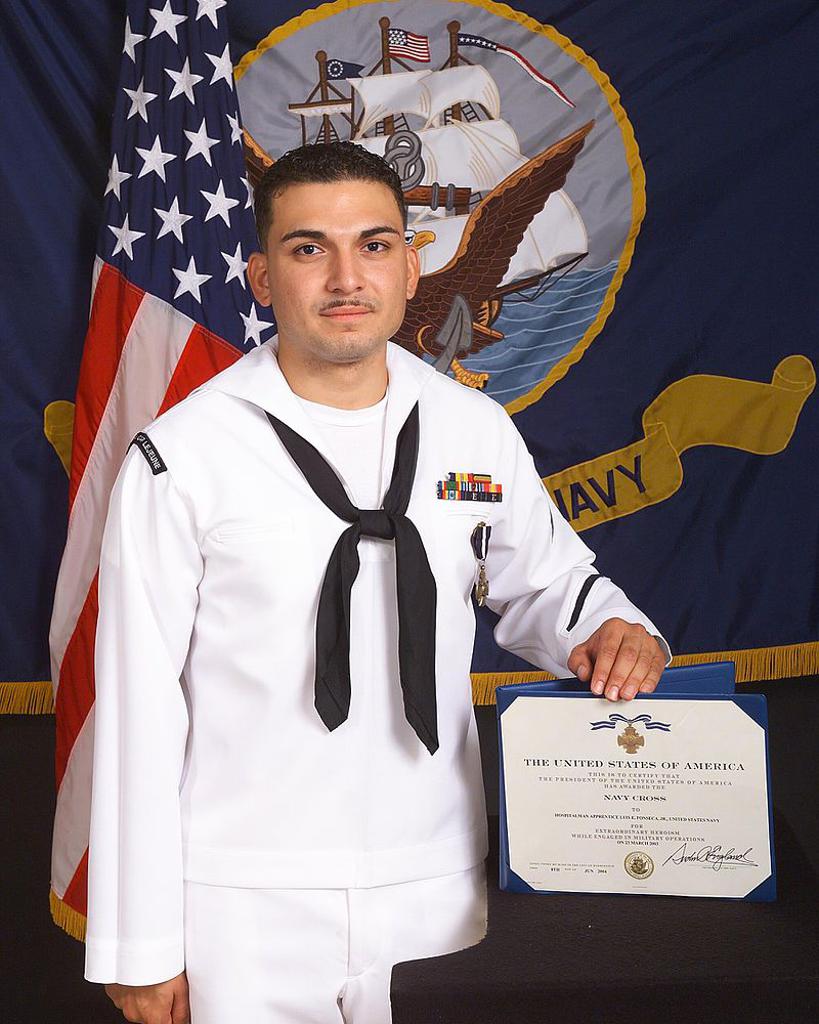 Petty Officer Luis Fonseca was born in Frankfurt, Federal Republic of Germany in 1980, where his father was stationed while serving in the United States Army.  Upon his father's retirement, he and his older sister moved to Fayetteville, NC.  Enlisting in the Navy in 1999, Petty Officer Fonseca became a Hospital Corpsman and completed three combat tours with the U.S. Marine Corps in Iraq and Afghanistan.  He was awarded the Navy Cross for his actions while with the 2nd Battalion, 8th Marine Regiment.  Petty Officer Fonseca recently retired after 21 years of service, and is a strong advocate for the treatment of Post Traumatic Stress Disorder. 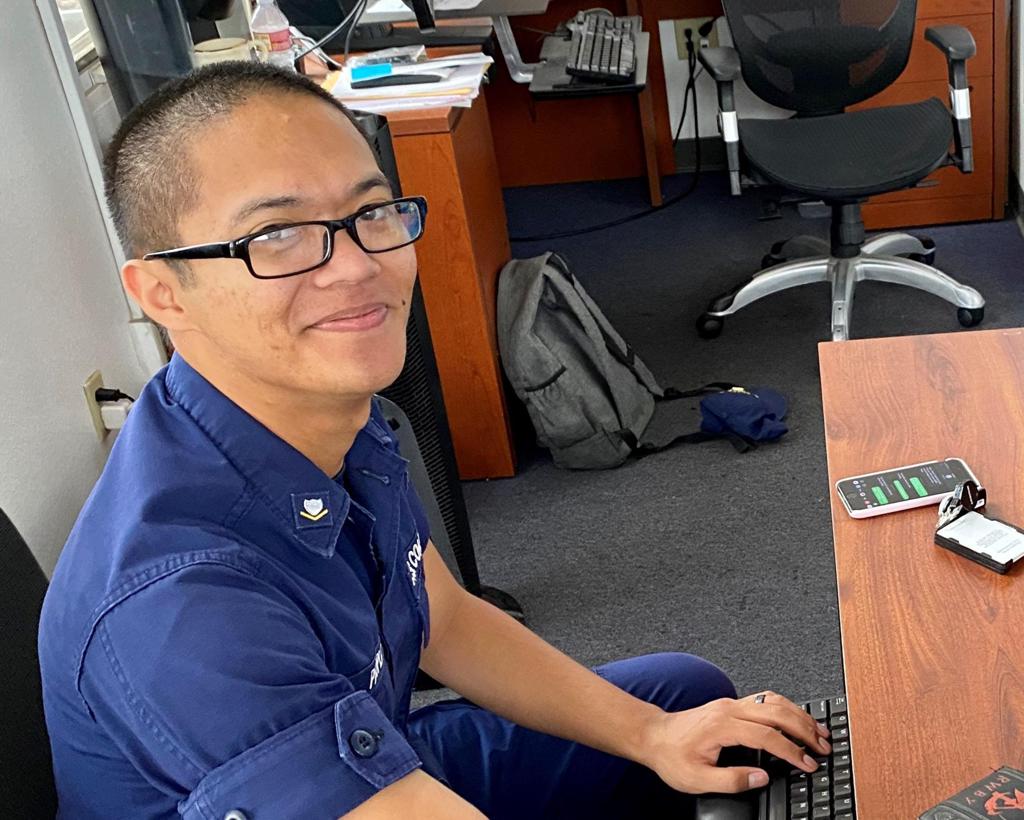 Information Systems Technician Marc Peoples was born in Gum and raised in Texas.  As an Information Technician attached to Electronics Support Detachment San Diego, he is part of a team that maintains the United States Coast Guard information technology infrastructure throughout southern California.  In addition to enjoying sports such as soccer and basketball, he is a lifelong fan of anime and video games. 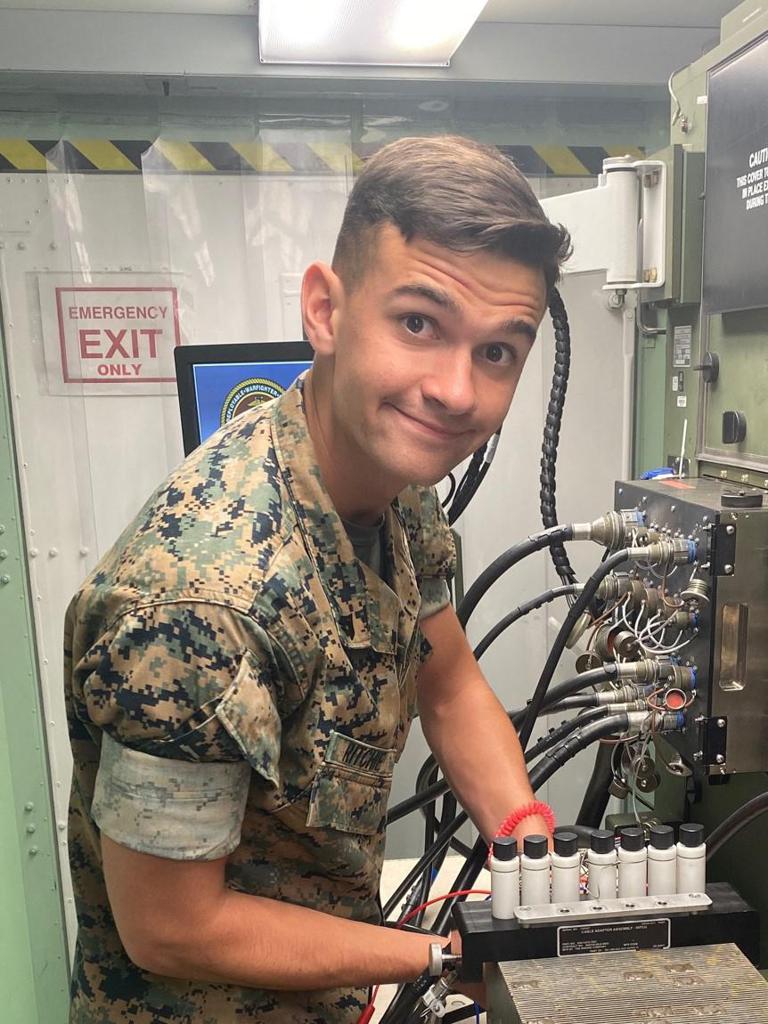 Corporal Kendall Ritchie was born in Winston-Salem, NC and enlisted in the Marine Corps after graduating from the North Carolina Leadership Academy in 2018.  After completing recruit training at Marine Corps Recruit Depot Parris Island, SC, he completed the Marine Combat Training course before reporting to Naval Air Station Pensacola, FL for Avionics training and to Naval Air Station Oceana in Virginia Beach VA for follow on schools.  He is currently assigned to Marine Aviation Logistics Squadron 16 at Marine Corps Air Station Miramar, where he is assigned a leadership role in developing junior Marines. 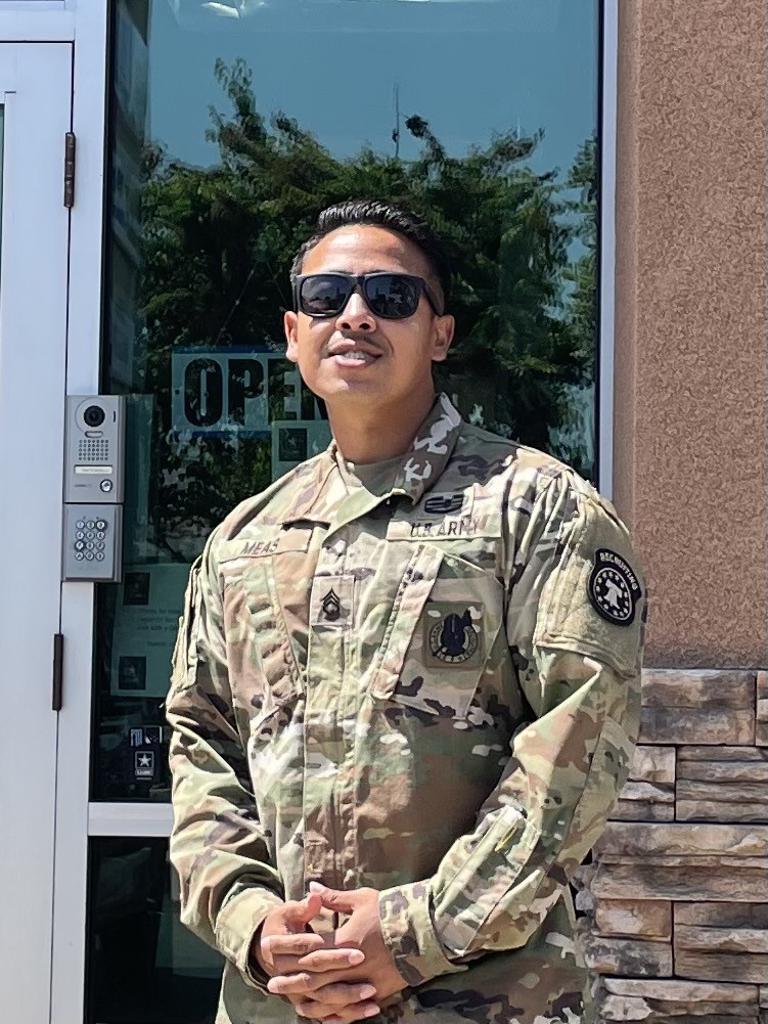 Staff Sergeant James Meas, United States Army, was born and raised in Fairfield CA with his two other sisters. He graduated from Sem Yeto High School and enlisted in the Army in 2009 as a wheeled Vehicle Mechanic. Staff Sergeant Meas went to basic training at Fort Jackson, South Carolina. After 3 years of service, he changed his military occupation to Cavalry Scout. He has served in many locations including Fort Irwin California, Fort Stewart Georgia, Fort Wainwright Alaska, and he is currently nearing the end of his tour as an Army Recruiter in San Diego CA.

Staff Sergeant Meas deployed to Afghanistan from 2012 to 2013 where he earned the Combat Action Badge. His awards include the Army Commendation Medal (3 awards), the Army Achievement Medal (6 awards), the Mechanics Badge, and the Recruiter Badge. SSG Meas is married and has 3 daughters. 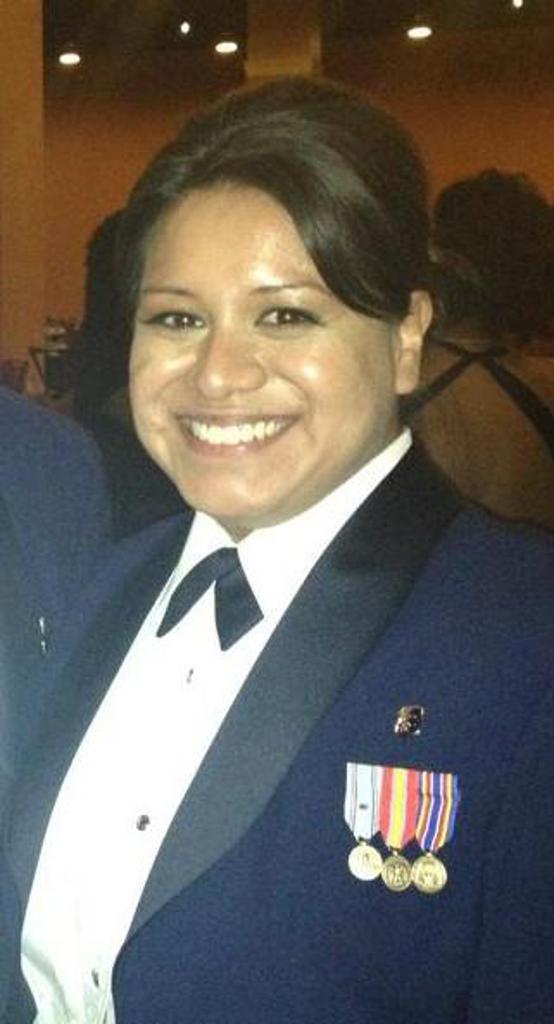 Technical Sergeant Irma Meza- Orozco, United States Air Force, is assigned as an Enlisted Accessions Recruiter in San Diego, California and is responsible for recruiting quality individuals from San Diego County and Yuma, Arizona.  She initially entered the Air Force on June 14, 2005. First assignment was Anchorage, Alaska where she began her career as a Dental Assistant. She has completed two humanitarian missions in Northern Alaska and Punta Gorda, Belize.  Her last duty assignment was at Buckley-Garrison, Colorado prior to reporting as a Recruiter in her hometown of Chula Vista, California. 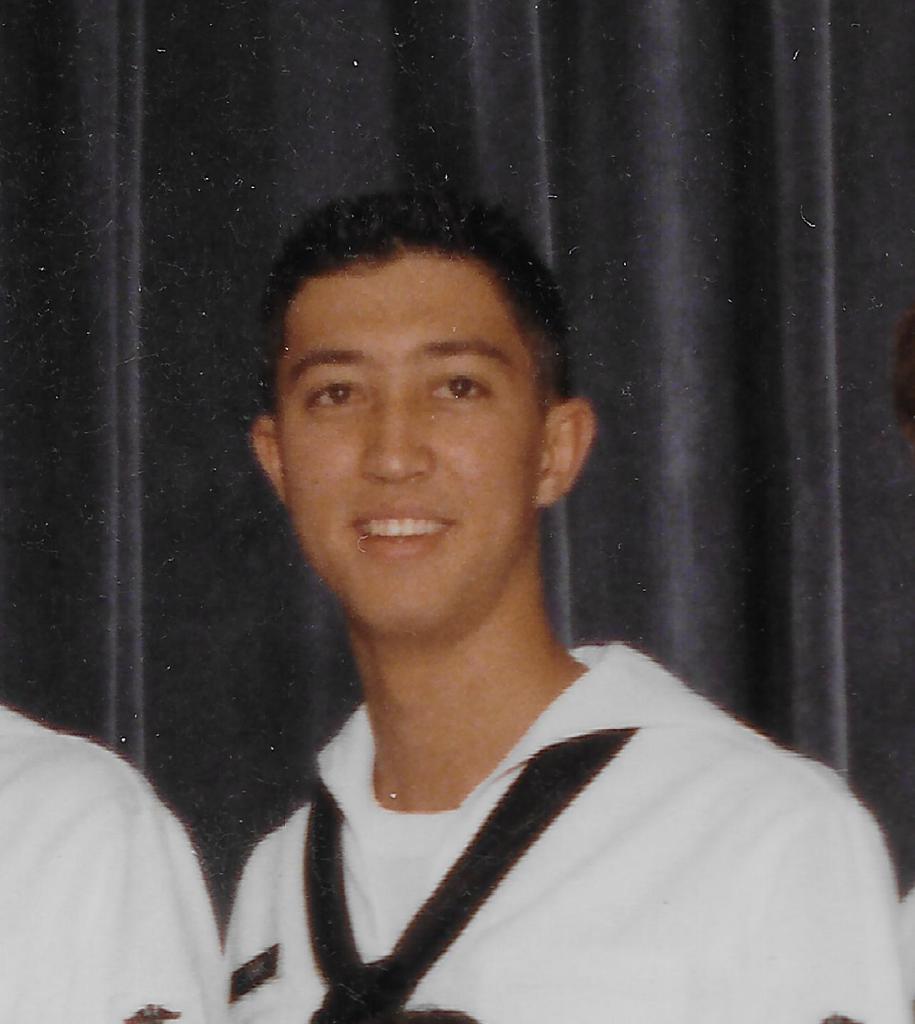 Robert Ford, a native of San Diego and a 1985 graduate of Bonita Vista High School, is a former U. S. Navy Reserve Petty Officer Second Class.  As a Hospital Corpsman, he was called to active duty in 1991/92 to support Operation Desert Shield and Desert Storm.  Since leaving the Navy, he has continued to serve the San Diego community as a teacher at Rosa Parks Elementary School in the San Diego Unified School District 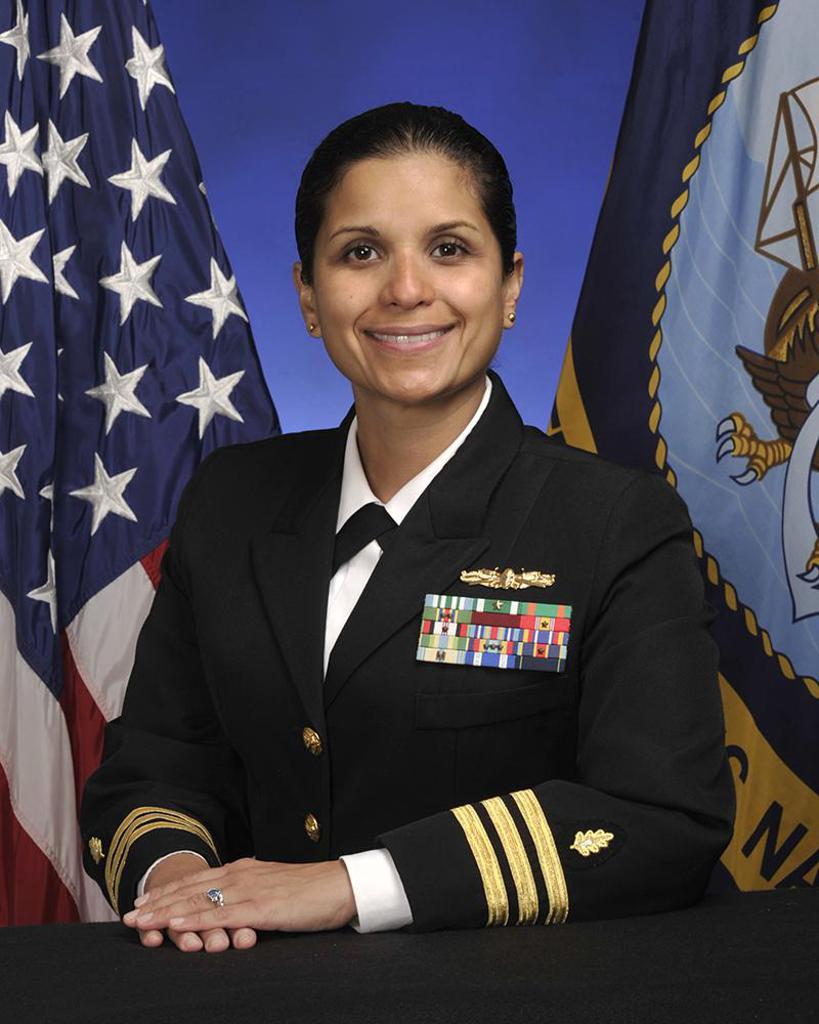 Born and raised in Lima, Peru; CDR Ormeno enlisted in the US Navy in 1998.   CDR Ormeno obtained her Bachelor of Science degree in Biology from Old Dominion University while finishing her shore tour at Naval Base Norfolk, VA.  Selected for the Health Professions Scholarship Program to attend New York College of Osteopathic Medicine, she completed her internship and residency at Naval Medical Center Portsmouth.  Following completion of her psychiatric residency, she served as Staff Psychiatrist at Naval Hospital Guam and deployed to Afghanistan in support of Operation Enduring Freedom, where she served as Department Head of Mental Health at NATO Role III in Kandahar and senior psychiatrist for the South Helmand province.   She currently serves as the Regional Mental Health Senior Executive for Naval Medical Forces Pacific and the Navy Psychiatry Specialty Leader.